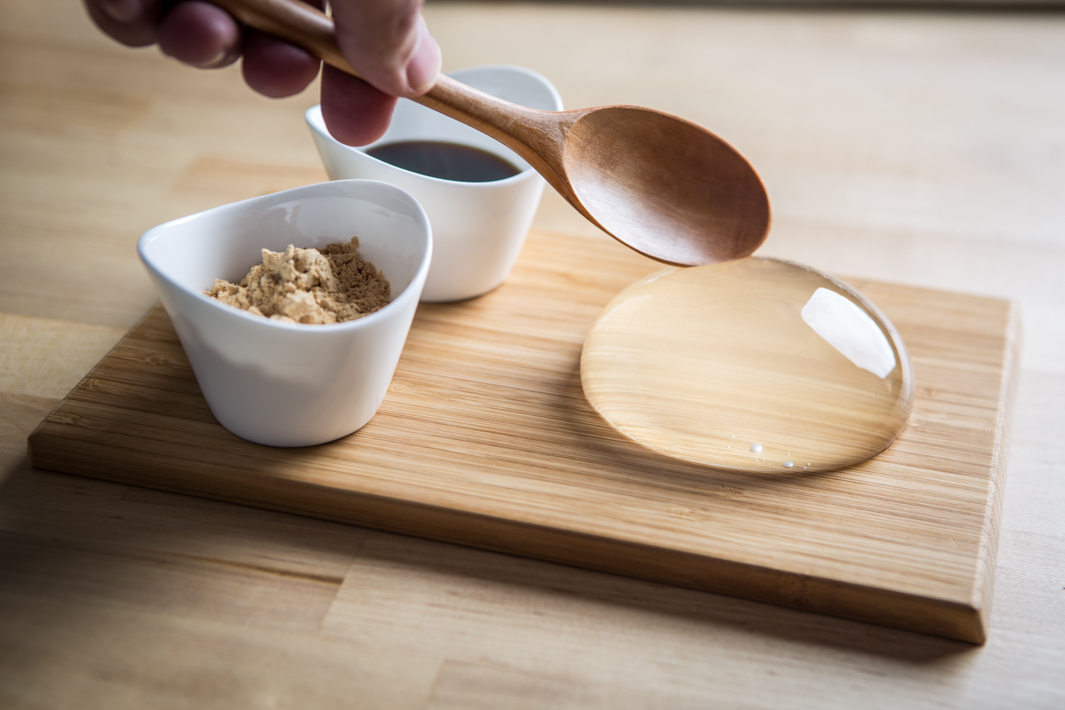 When Darren Wong, the genius behind bringing Raindrop Cake to life in the US and I first met about shooting Raindrop Cake, my immediate thought was how to approach an object that can be translucent, opaque and completely transparent depending on lighting and angle and how to really get across the texture in images.  Also intriguing was that at angles where Raindrop Cake is translucent, it is essentially a lens, magnifying whatever it is underneath it.

I decided to approach it with very simple lighting, using only a medium Paul C. Buff Octabox as a light modifier with diffusion to soften the shadows just a bit.  I wanted to give both an airy sense to the images while also adding some level of interest in the shadows and highlighting the glisten of the Raindrop.  Choosing the camera position very carefully allowed me to find just the right angle of incidence to magnify underlying surfaces and show the ethereal glow of the cake itself as well.

In terms of styling, both Darren and I worked together to style each shot.  Darren giving overall direction, with me fine tuning for the final images.  Working with powder and syrup had it’s own challenges as powder is finicky and syrup doesn’t like to stay in one place for long – not to mention a cake that will evaporate if you leave it too long in open air.

Overall, it was just such a fun shoot and working with Darren was amazing.  Looking forward to shooting Raindrop Cake again. 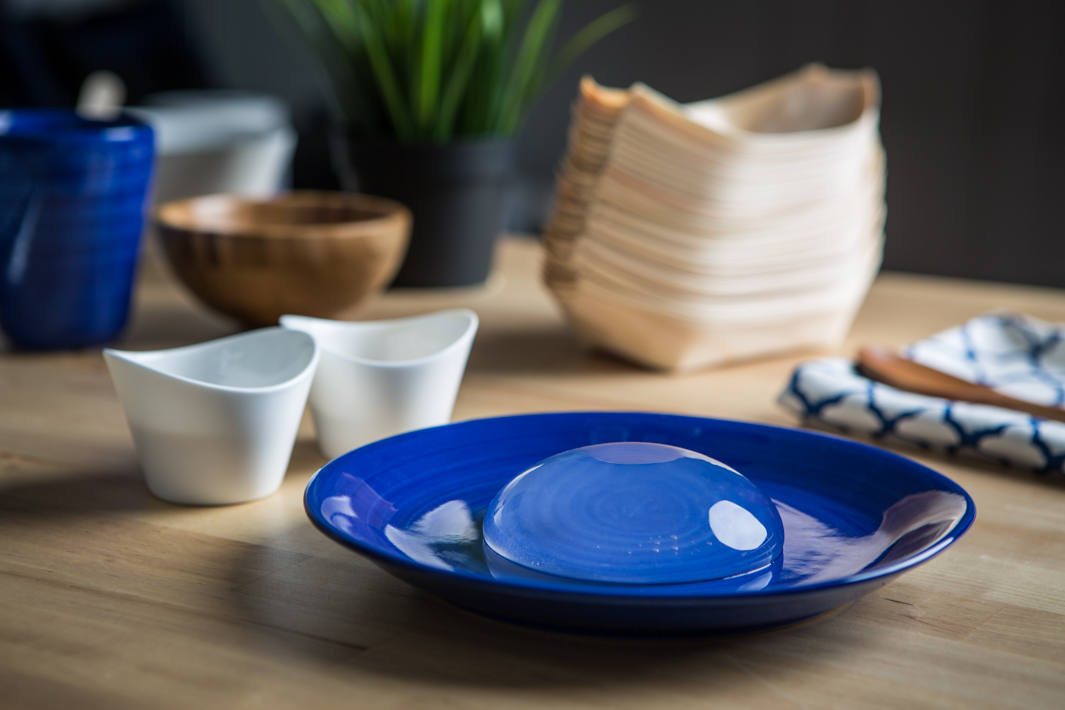