There was a need for a couple of shots of two prototype Absolut bottles for a pitch. Below are the two shots I created and how. 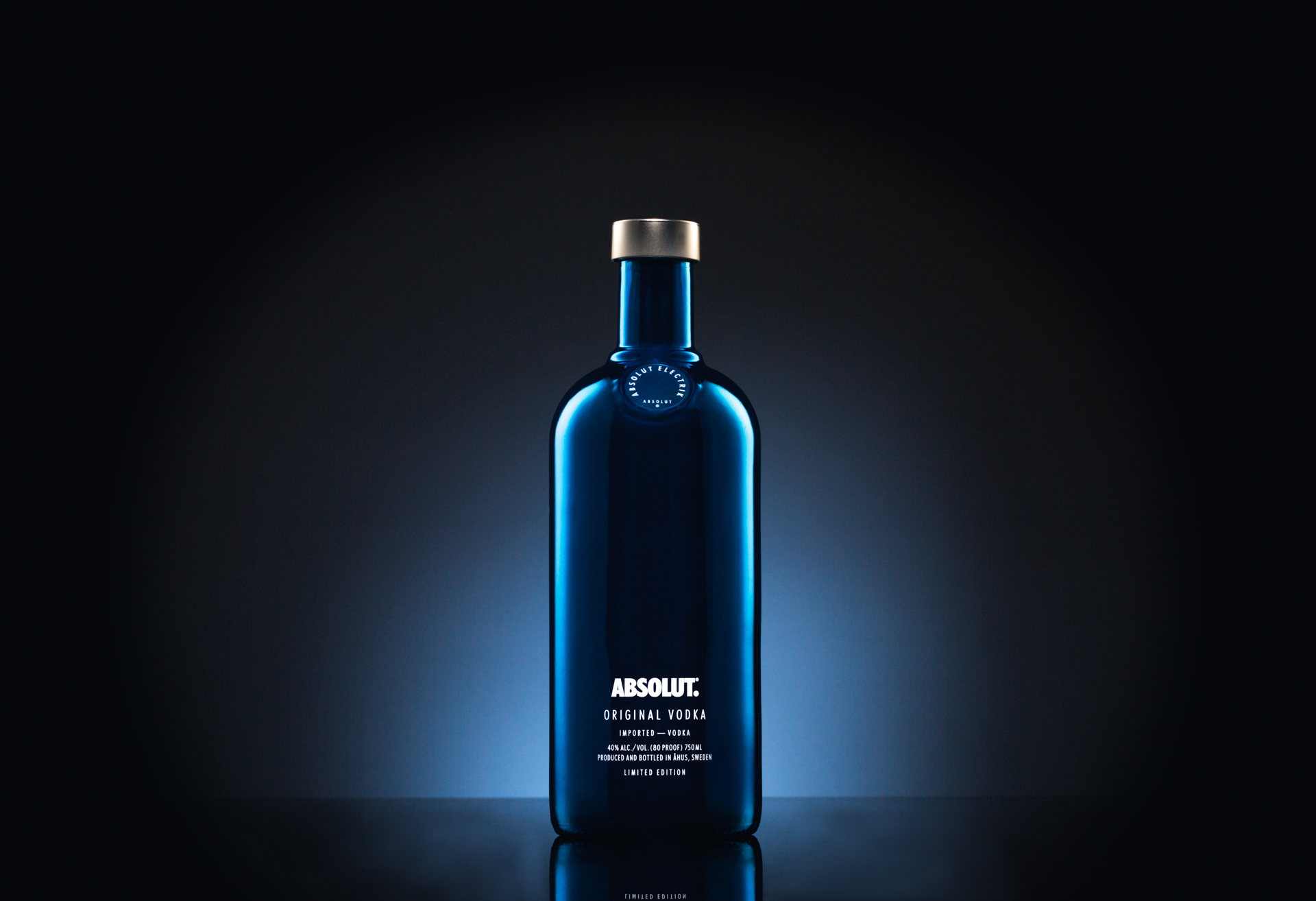 This first image is a limited edition bottle for the holidays.  They call it Absolute Electrik.  Pretty killer mirror finish bottle in both blue and silver.  I opted for the blue to play with the lighting more. To achieve the look I wanted, I used two narrow rectangle soft boxes placed almost behind the bottle and angled towards the camera.  Both lights were behind large pieces of Rosco Cinegel #3026 paper that were perpendicular to the camera lens to further diffuse the light and create a light-to-dark gradient on the bottle.  This really gives the sense of wrapping the light.  Black V-Flats blocked any spill on the backdrop and created the hard black lines on the sides of the bottle.  To make the label pop, I used both a snoot and compositing with a  bit of post-production clean up to be sure things were crystal clear and clean.  The surface I used for this and the second shot was a black piece of Lexan.  For the background light, I used a 7″ reflector with a 10deg honeycomb and a blue filter pointed away from the camera at a white wall.  I adjusted the distance and angle just enough to give those unique Absolut bottle “shoulders” a bit of extra pop.  All-in this 4 light, 2 shot composite gave me this unique, yet iconic Absolut image. 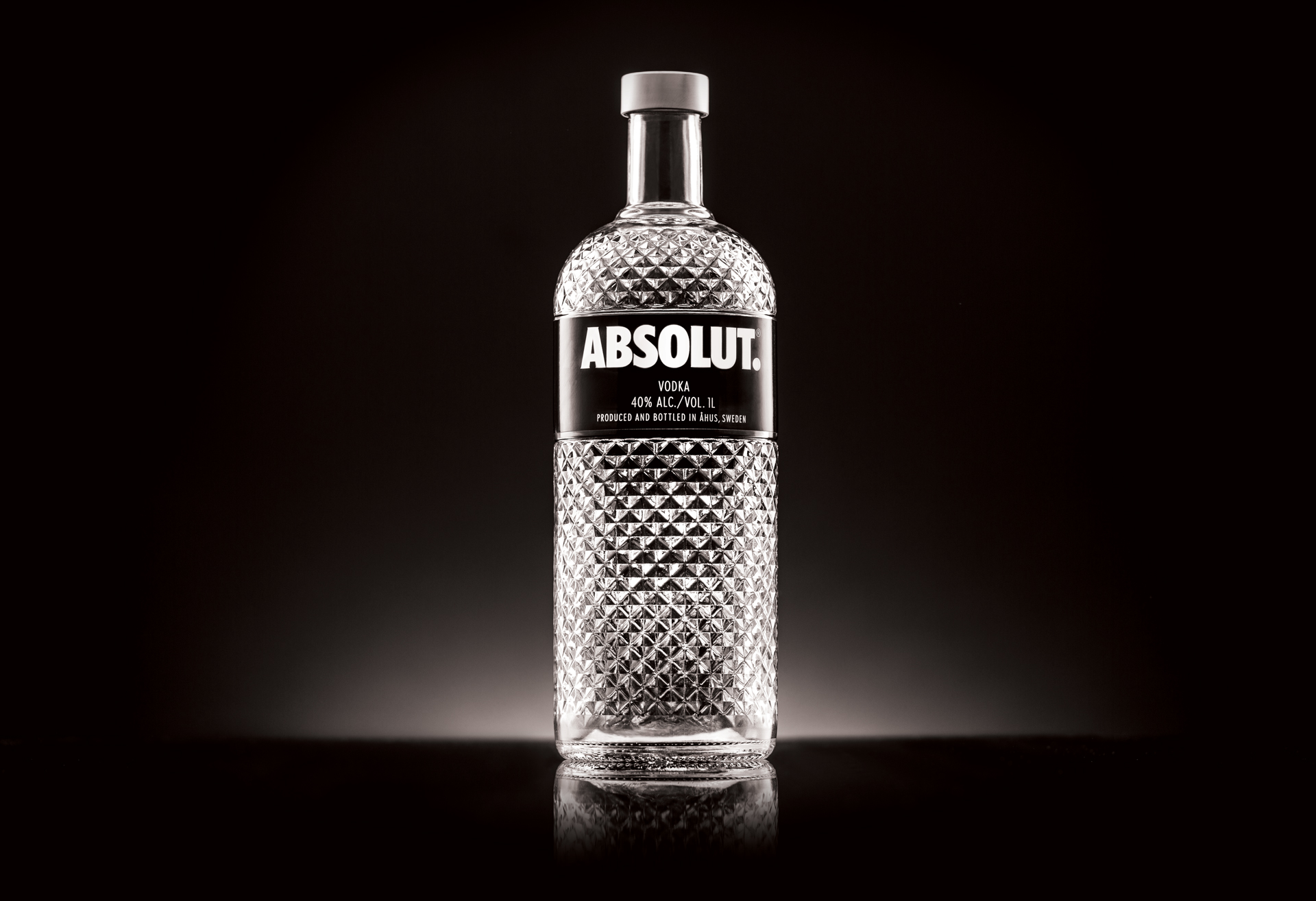 The second shot ended up being lit in a similar fashion to maintain the iconic look, but I changed up the depth of field and the background light position and color to let this glass bottle shoulders pop against pure black.  I also wanted the crystal structure to show in a different light than originally intended and to almost feel like a black and white photo of an old decanter.  This bottle had a pad that lit up, but I opted to go with it naked.  I also changed the way I lit the label and went with a full 2 shot composite where I lit the bottle from above the camera with a horizontal strip box to get the label perfect and composited that with the beauty shot of the bottle.  All-in it was a 5 light, 2 shot composite.